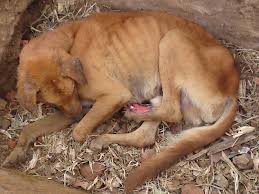 Teaching a group of enthusiastic youth workers under the shade of a mango tree has its drawbacks. The sheer intensity and power of the sub-Saharan rays, illuminate natural colours to intensities that are way beyond the legal, as goats, chickens, pigs, and people continue their daily activities around us and often through us, unabated. Distraction and concentration vie lazily in the morning heat.

Not too far away a group of women are preparing lunch over an open fire. Nearby the ubiquitous African dogs, sand-brown and skinny (I have seen no other variety here) skulk in hope of titbits. Not really kept as pets, more as burglar alarms, they hold little affection and are usually treated with indifference and disdain.  It was with hope that I saw a traditionally built and clad cook pick up what looked at first glance to be a large ball to throw for one of the dogs. In mid-flight it revealed itself as sizeable piece of rounded concrete that found it target fair and square. Decked and yelping the hound accepted its fate, rolled to its feet and limped on its way. Shot-put-queen shrugged her adequate shoulders and returned to the more important task of making sure her family were being fed.